Choose your country or region.

Close
Sign in Register E-mail:Info@infinity-electronic.com
Request a quote | About usEnglish 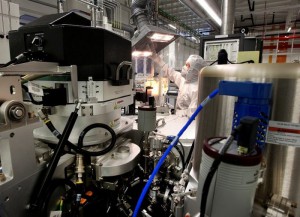 Spurred by a slowdown in the memory sector, the 2019 downturn marks the end of a three-year growth run for fab equipment spending.

Over the past two years, memory accounted for an annual share of about 55% of all equipment, a proportion expected to drop to as low as 45% in 2019 but rebound to 55% in 2020, SEMI indicated.

With memory representing an outsize share of total spending, any fluctuations in the memory market impacts overall equipment spending.

SEMI’s review of fab equipment spending by half year shows that high inventory levels and weakening demand led to a bigger-than-expected decline in DRAM and NAND (3D NAND) in the latter part of 2018, driving down memory spending 14%.

Foundry is the second largest sector after memory for fab equipment spending. Over the past two years, the annual share ranged from 25% to 30% per year. In 2019 and 2020, the yearly share is expected to hold steady at about 30%, SEMI noted.

And while foundries typically fluctuate less than the memory sector in equipment spending, they are not immune to shifts in the market.

For example, following the decline of memory, foundry equipment spending fell by 13% in the second half of 2018 from the first half of the year, SEMI said.